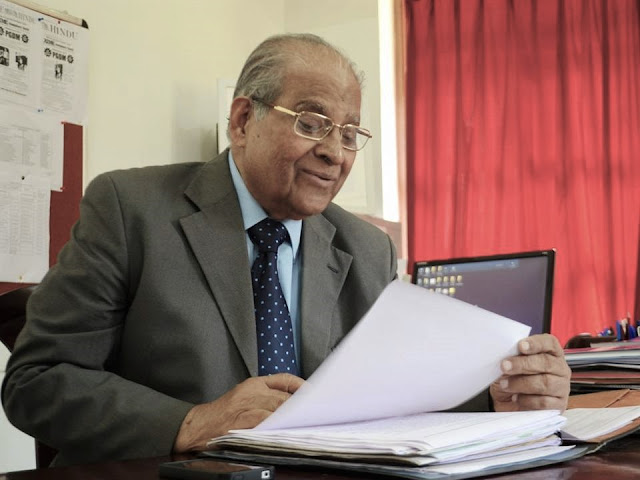 A doyen of management education – Self-made man who blended his journey of several years from academic leadership roles to that of an edupreneur – a story like that of Col. Sanders – though it’s known that it was his late daughter who sowed the seeds into his mind. He imbued others with his philosophy of imparting quality education to students in the Southern part of the country, fully aware that establishing a brand takes a longer time. Choosing not to establish new campuses, right after the success of the first campus; once the first baby XIME – Bangalore - had reached adulthood, he decided to start the journey all over again with XIME – Kochi and then with XIME – Chennai. It’s quite like taking a peek into a pen sieve of his memory to bring out some hidden stories.


The dream of a young man is the most powerful weapon. Sir, when you look back from this point of ‘Excellence in Life’. We would love to hear from you, what your ‘Dream’ was as a young man. We believe you have achieved it. Your remarks, please.

When I was at my Master’s Programme at XLRI and later starting my career there, it was my dream to make a mark in my profession. That became accentuated when I returned from Harvard Business School in 1966 - to be counted as somebody in the profession.

On June 12, 2005, Steve Jobs commencement address at Stanford was on three stories. The first story is about connecting the dots. Which are those connecting dots in your life that materialized to build this legacy?

My 3 dots were to achieve something meaningful in life. To leave behind an Institution of lasting value to the youth of India. “Excellence’ as the hallmark of the Institution.

Sir, you’ve seen the IIMs being set up even while you were an Academic at XLRI. So you’ve been part of the process of creating MBA’s during the period of new ‘transformation’, the 80’s, Liberalization, the 2K fever and a new century with education opportunities abroad and now a Convid 19. What has been the change in terms of the demands from management education in India?

It is unfortunate that other than the knee-jerk reaction of going online in teaching, little that is substantial has changed in Indian Management Education. It is almost ‘business as usual’. There is a reason: we are the least globalized when it comes to business education.  There are hardly any international students, no international faculty, not much of an international placement.  Therefore, we continue to be an inward looking education system.  Only when we really open up to international competition there would be some real challenges in Indian Management Education.

The single biggest area of failure is the creation of true intellectual capital in this field. After all, the objective of management education is to provide a managerial knowledge base – we would need to accomplish more in that regard.

There is another thing that has happened to Indian Management Education unlike in the United States. There the industry looks at the academia for leadership. But here it is the academia that looks at the industry for leadership. Part of the problem lies in the fact that most of the teachers (B-School teachers) come with the typical Indian University background, where mere teaching is what is the norm. The enlightened aggressiveness of good business education is missing in the System.


As a person with the right background of a law degree and a master’s from XLRI, instead of chasing a corporate dream you chose to be a teacher. Many of your batch mates might have been surprised by this – had you planned it that way even before XLRI?

My going to XLRI and my faculty life there really turned me around and laid a solid foundation for my professional growth.  But as you also know, I made a detour to industry for that experience and then came back to education. I am one of the few people in India who went from education to industry and then came back to education. I thought it enriched me substantially - the 8 years in the Public Sector and over 5 years in the Private Sector.  So when I look back over my educational career, I think the industry break gave me an unusual advantage as a teacher.  My suggestion to every management teacher is to have at least 2 years of industry experience, if not more.

When others would have thought that XIME Bangalore would be an only child of its kind, and you could have rested on the laurels of creating an institution that had its own identity - you decided to relive a journey challenge by starting the new XIMEs in two distinctly different locations, but in South India. What were the key decisions taken to ensure the success, while letting them develop their own character of their own?

I believed that beyond a point, size can bring down the quality. A large-sized business school could run the risk of losing out on the personalized development of the student. As the old saying goes –“If the Organization has to be effective, you should be able to put your arms around it " In other words, a big sized school cannot be effective since the ‘transformation’ of the student to managerial competencies and imparting values are fundamental. Mere imparting of knowledge is not of much value. The key lies in providing the right kind of skills and the right kind of values.  So when we reached the stage of 180 admissions in Bangalore we decided to spread out – first to Kochi and then to Chennai.  It is true that we need a certain scale of operation to be effective. In the Indian situation, it is something like 180 to 250. So there is definitely scope for growth both in Kochi and Chennai and all the three units could also think in terms of launching one-year duration programs in some of the emerging areas like ‘Artificial Intelligence’, Health Management’, ‘International Business’, ‘Manufacturing’, and ‘Fintech’.

You started while students loved reading books and cherished them, whereas the generation that’s in college love the unconventional and with Covid 19 as online classrooms. What are the key decision points in XIME’s history where you’ve ensured the fabric of XIME’s uniqueness is ensured but adaptation to external factors have been taken care of?

It is obvious that technology has to penetrate the education system and education management. But since we are also concerned about developing the student’s domain knowledge and insights and the right kind of perspective to operate in an extremely competitive environment, the ‘Book’ is still an aid in achieving these objectives. Of course, Google is there for quick answers. But in developing the intellectual sinews or the kind of generalized perspective that is expected of a good business student, extensive reading is a must – Sloan’s ' My years with General Motors ' or ‘Practice of Management’ by Drucker or ‘Good to Great’ of Jim Collins, or   ‘In search of Excellence’ of Peters and Walterman and even going back to McGregor’s – ‘Human Side of Enterprise’ will bring to the student a different perspective.


In management, we are in a game of intellectual agility, where “awareness of outside reality” is critical (Drucker). So to my mind, even granting AI’s considerable impact on the way we manage in the future, there is no replacement for the brain or the value system that we should uphold. Your imagination, creativity and agility have no limit.  I still think that the Library in a business school must stay as the heart of the operation. And I would like to see our students emerging as combative, competitive and conscientious in a wholesomely creative sense.

Firstly, I would like to see the value of excellence permeating deeper into XIME Institutions. And for the country, to see further liberalization of management education as it is seen in every sector of the Indian economy. 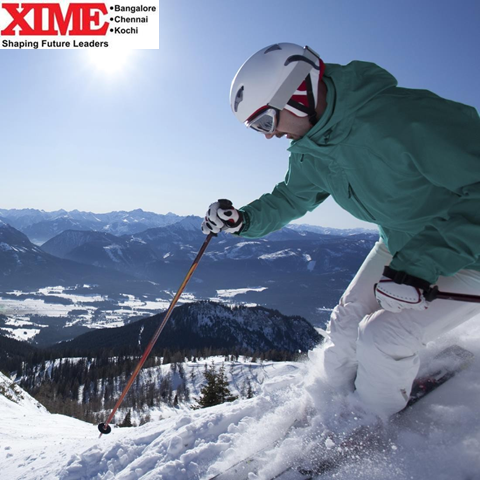 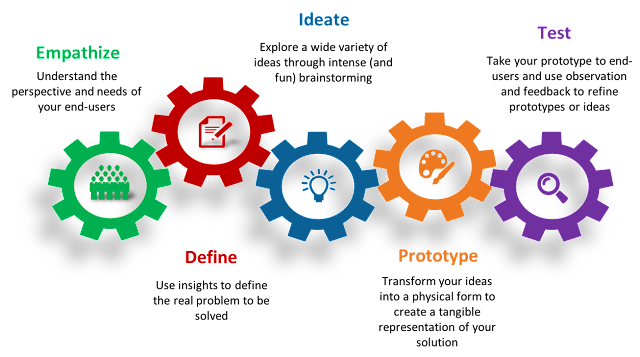